This search form uses an instant search feature. As you type, search results will appear automatically below the search field. When you've entered you desired search terms use tab to navigate through the available results and hit enter to open the selected page or document.
EDIT MAIN

Academic Competition "is a family of games of questions and answers on all topics of human knowledge that is commonly played by students enrolled in high school or college, although some participants begin in middle or even elementary school. Participants may benefit from studying a broad range of academic subjects, increasing memorization and study skills, learning to work in teams and expanding capacity for responsibility." (Wikipedia)

There are several different formats of quiz bowl, but they generally share the following rules for playing.

Two teams of (typically) four players,sometimes 5, each sit at a buzzer set, which is like a set of TV game show buzzers. Anyone who rings or buzzes in locks out everyone else from doing so. If a round is timed, a countdown timer is used. Most questions have a 5 second time limit after a question has been read. Each game is played with a packet of questions, which a moderator reads. 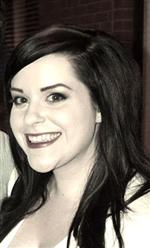