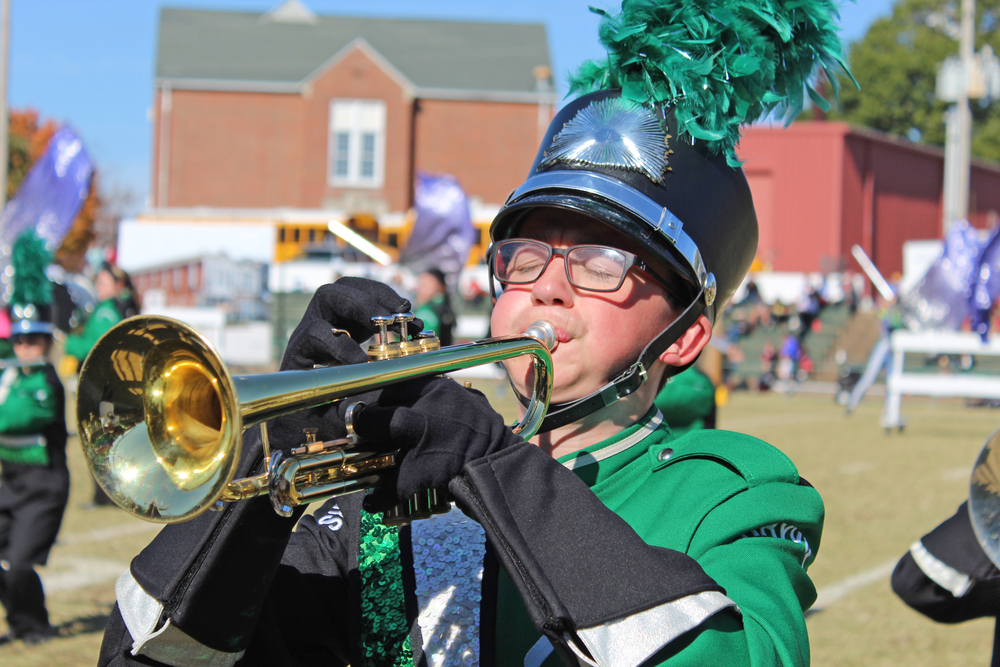 The Perryville High School Marching Band has delivered an out-of-this-world field show this season, with a triumphant performance Saturday in front of the 2022 Homecoming crowd.  According to Band Director David Barani, the show has been a favorite of judges and audiences wherever they've traveled. "This year's show tells a goofy story of a government cover-up of an alien invasion of the town of Perryville," he said. "We have large prop canvases of places around town with photos by Bailey Bagot and printed by Main Street Sign. We also have white fences that move around the field that represent the white picket fences of Perryville neighborhoods. We've had a great deal of fun with the show."