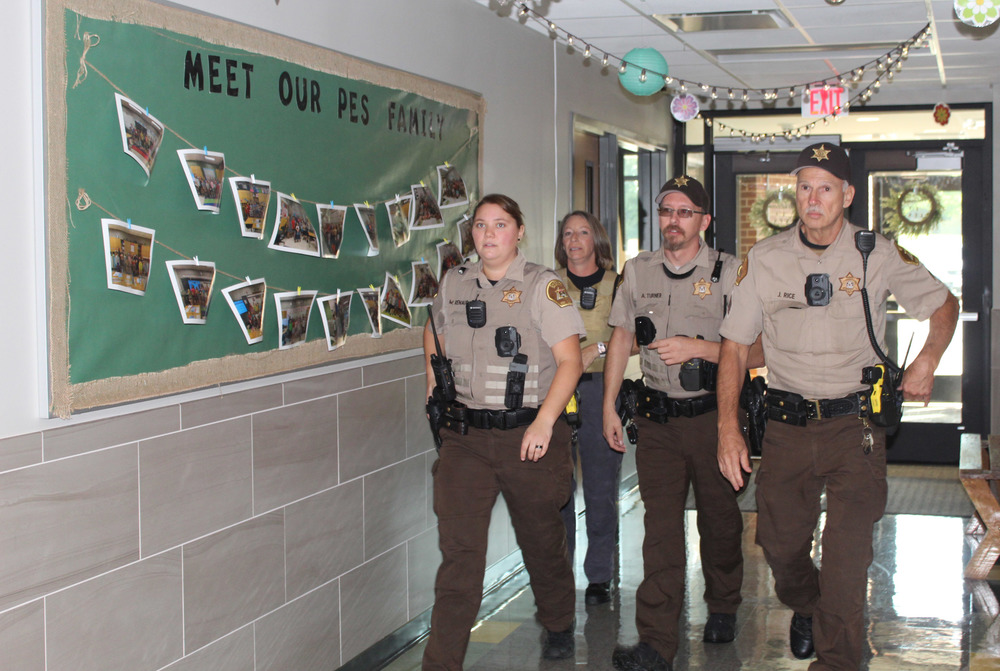 (Photo above) Deputies Renaud, Worthington, Turner, and Rice enter Perryville Elementary School on Saturday in search of the actor portraying an active shooter as a multi-agency drill begins.

Perry County’s emergency services agencies invested in the safety of our students over the weekend when they conducted active shooter response training on the District 32 campus.

The drill was staged to resemble the scene of an actual school shooting with volunteer actors portraying wounded people and parents who were trying to enter the building to find their children.  Such drills include familiarizing first responders with facilities and school staff, and identifying and correcting security concerns.

“Saturday’s drill was a great success,” SRO Worthington said. “We appreciate the great partnership we enjoy with law enforcement and the community's first responders. We’ve learned a great deal that will make schools throughout Perry County safer for children.”

Other details of the training remain confidential for security reasons. 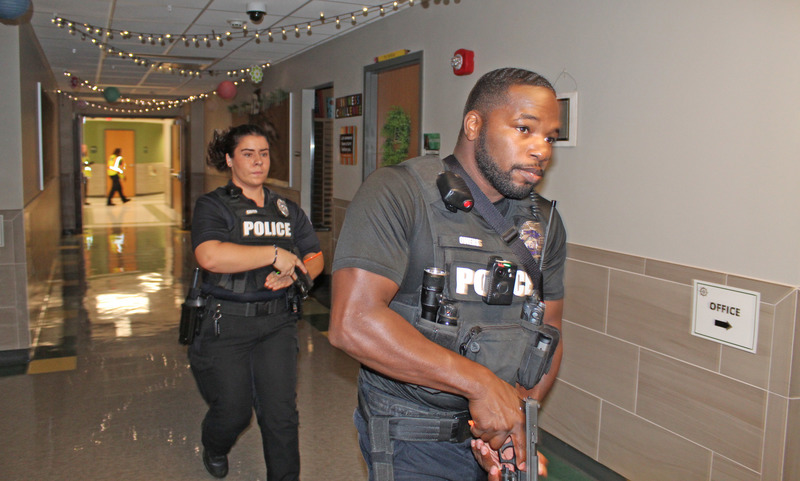 Perryville Police Officers Kiefer and Owens head toward the sound of shots during the training exercise. 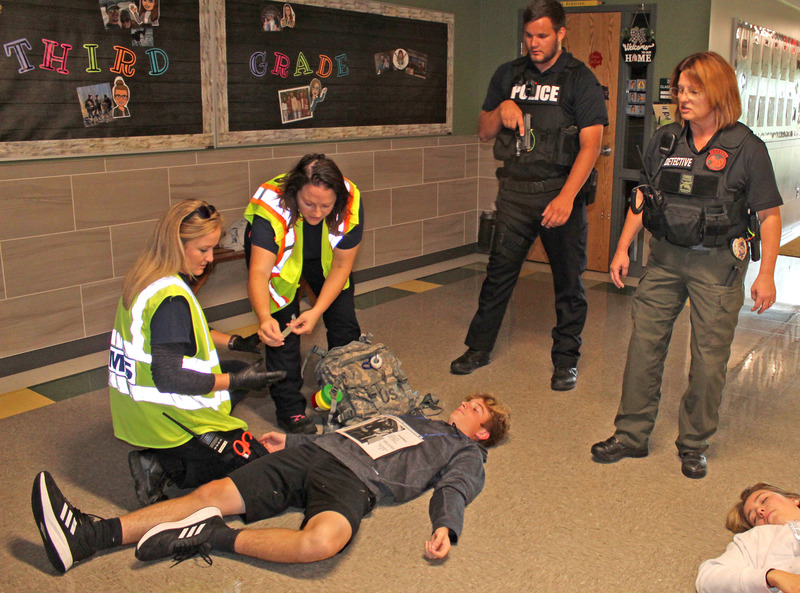 Emergency responders tend to the “wounded” during the active shooter response training held Saturday on the District 32 campus. 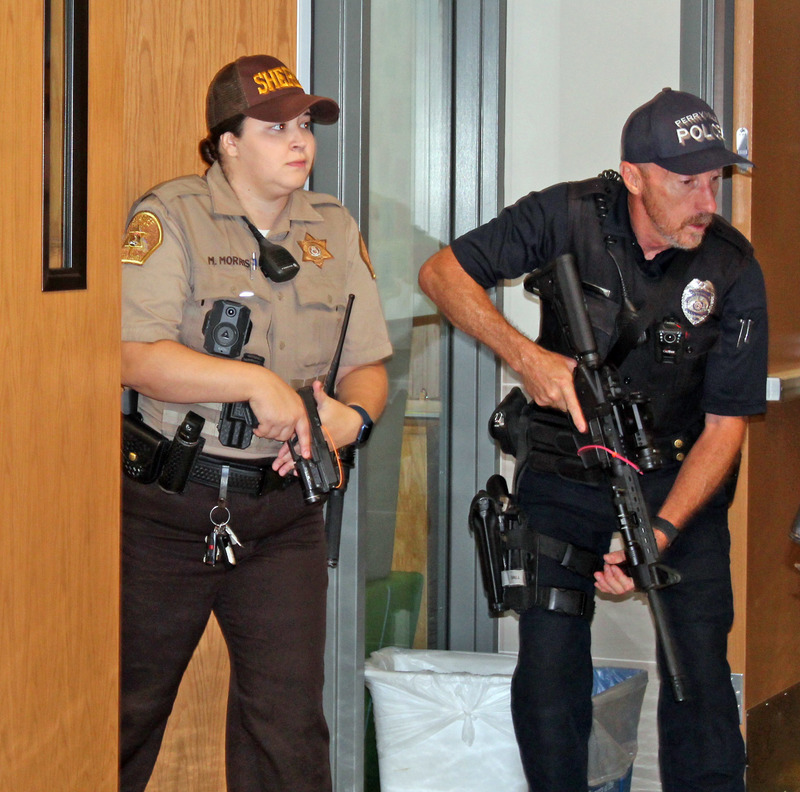 Deputy Morris and Officer O’Rear search the building during the drill. 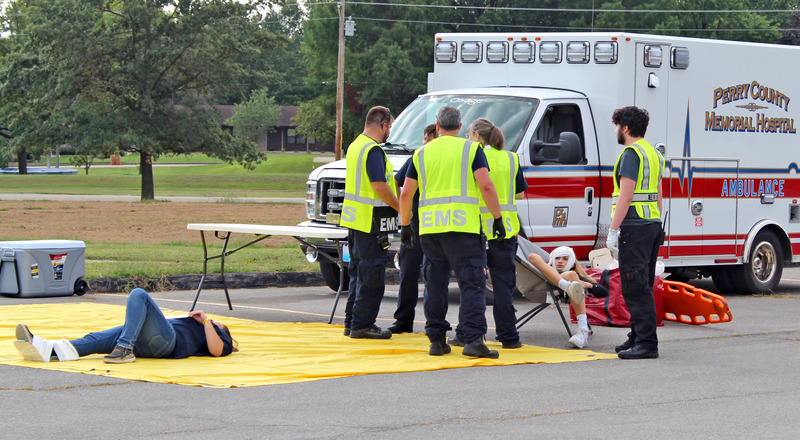