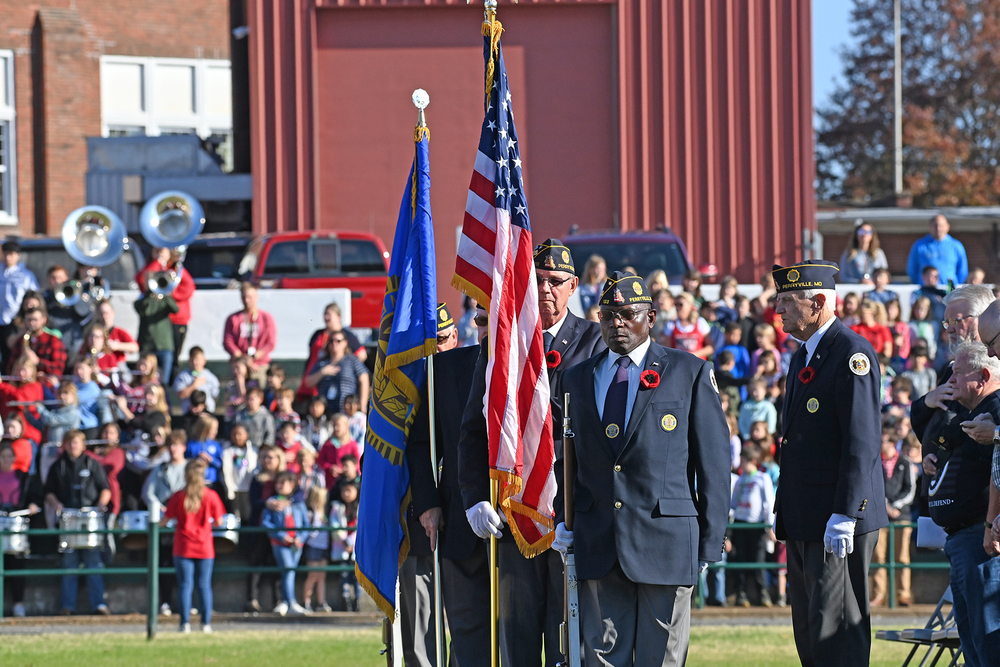 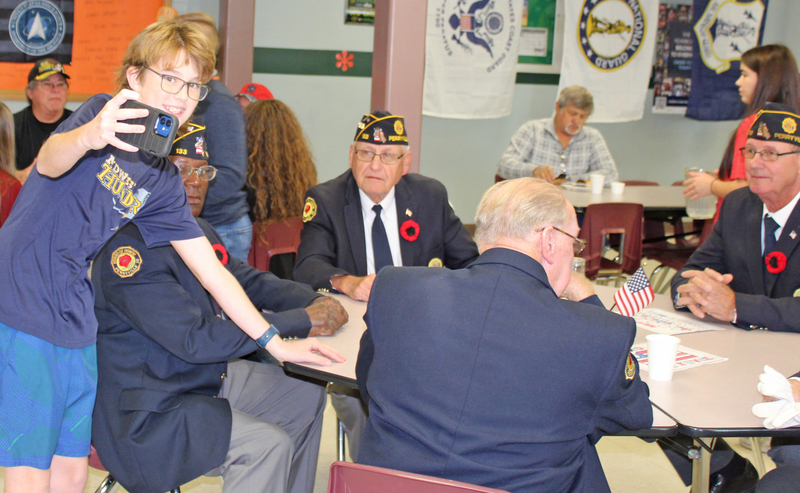 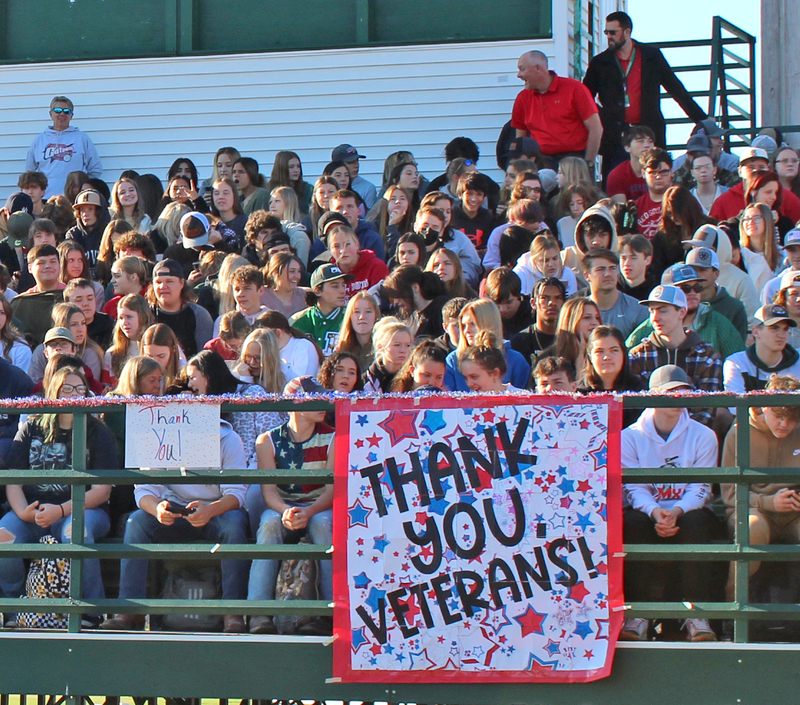 PHS students wait for the veterans to arrive at Pirate Stadium on Wednesday, Nov. 9.

The guest speaker was Chris Cairns, a PHS teacher and US Marine Veteran, who spoke on what it means to be a patriot. 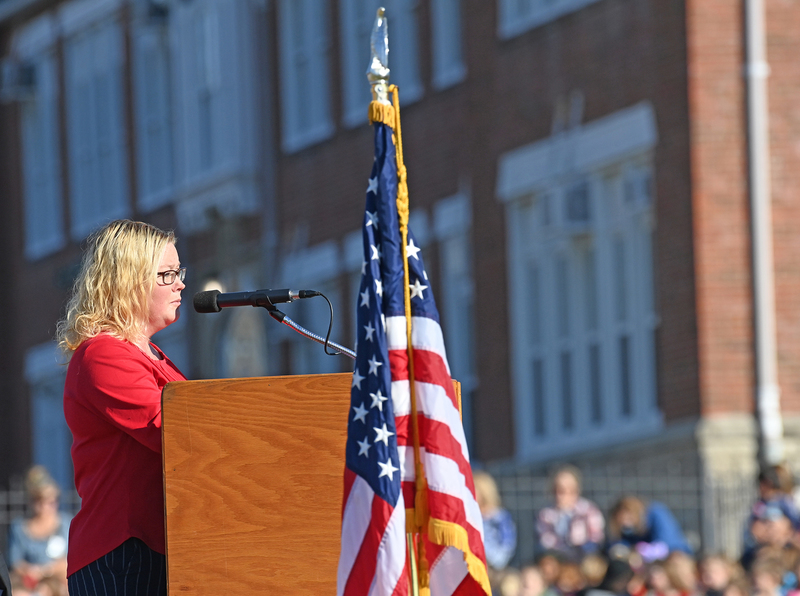 Mrs. Chris Cairns, PHS teacher and US Marine veteran, was the guest speaker for the 2022 Veterans Day ceremony.

“It is an honor and a privilege to be an American,” she said. “The freedoms we enjoy as Americans are something other countries do not provide their citizens. We are free to speak our minds. We are free to question things. We are free to be whom we want to be, as long as we put in the work to reach those goals. Freedom is what America is known for, and why so many love this country.

“Every veteran is a patriot. Every citizen who loves their country and will stand up for what is right is a patriot. Each and every one of us can be patriots. Many of you students may be asking, ‘How could I be a patriot? I am just a kid.’ Your patriotism shows through how you honor the sacrifices veterans have made to honor and protect our country and our freedoms. Study history. Learn from it. Think in terms of ‘we’ instead of ‘me.’ And stand up for what is right,” Cairns said.

She told the students that we can all be patriots by caring for our community.

"If each and every one of us is a patriot in our community, then we will end up with a country full of people who take pride in their nation and make sacrifices to ensure that it is always an honor and a privilege to be an American," she said. 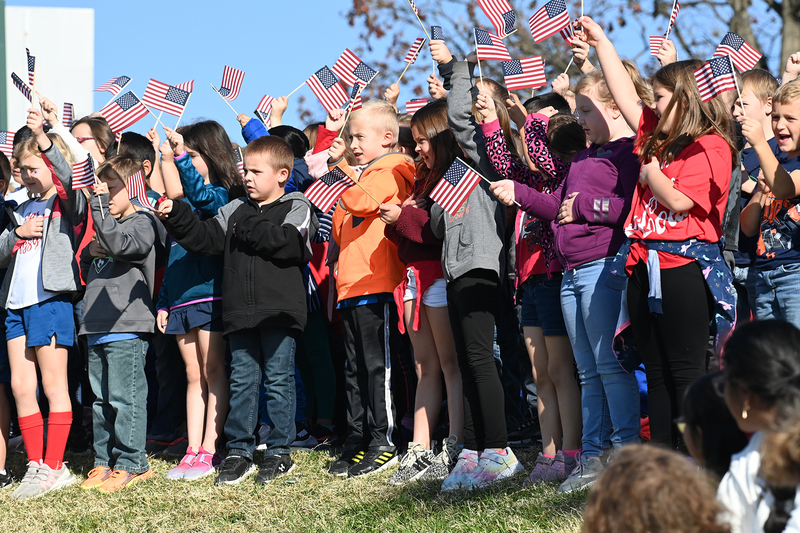 Primary students (Grades PK-2) performed  "Put Your Hand On Your Heart" for the veterans. 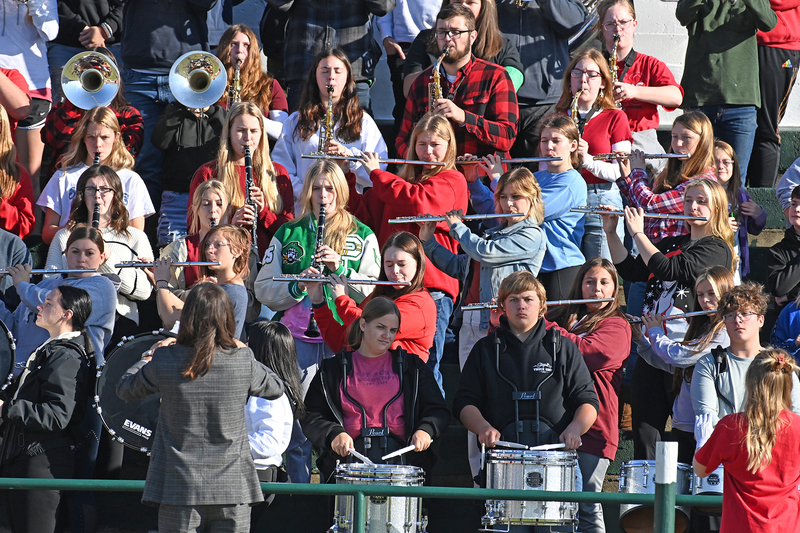 The PHS band plays the national anthem to start the ceremony. 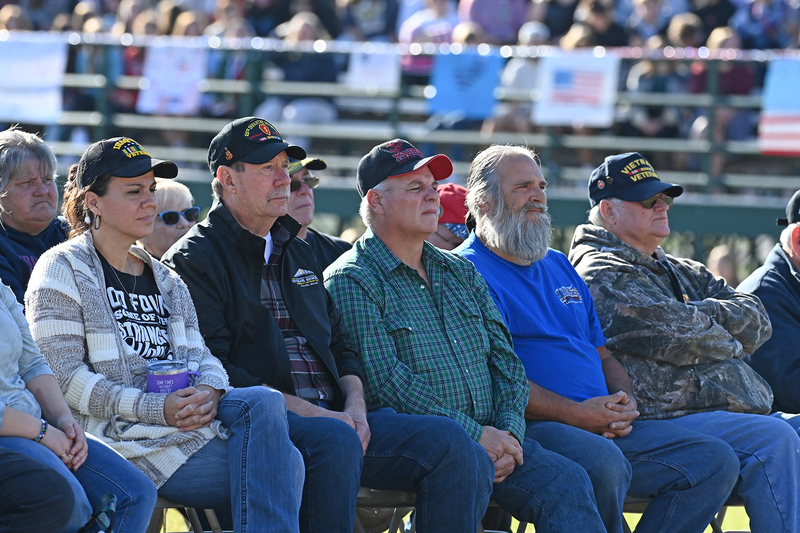 Veterans listen to a performance by the PCMS choir. 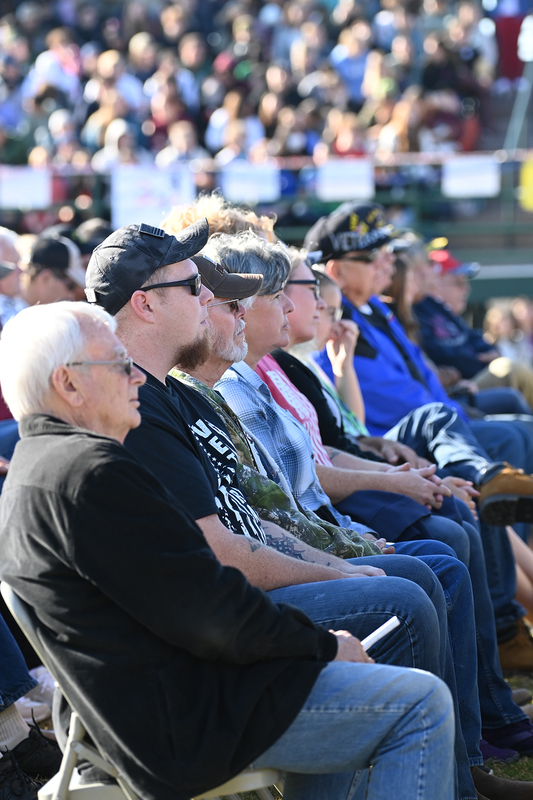 Students invited their special veterans for breakfast and the ceremony. 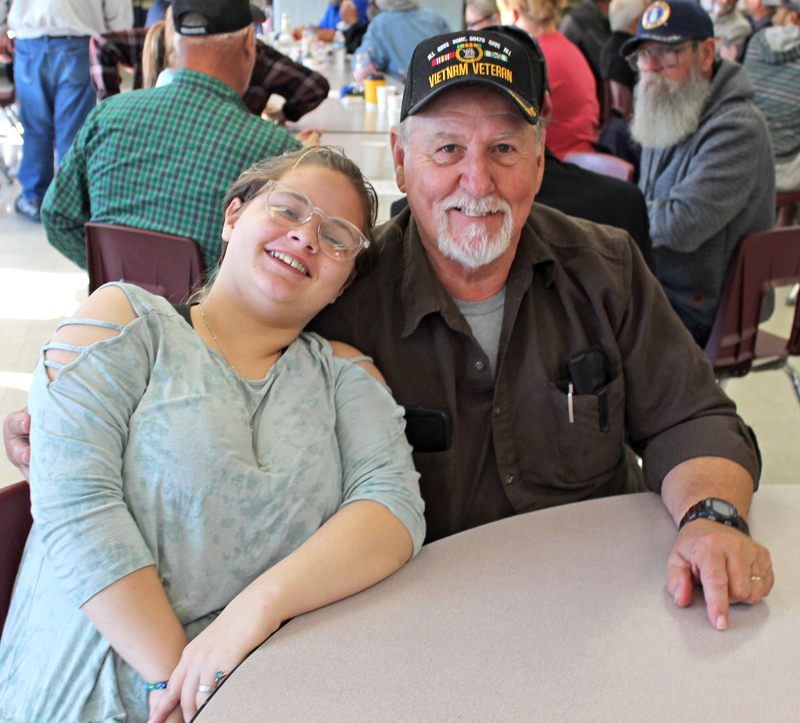 Miley Hooten has breakfast with her grandpa Curtis Hooten, Sr.